They say life begins at 40. I'm not sure that's true, but I have experienced some recent revelations in this new(ish) decade so it will be interesting to see how things pan out. OK- So far we have:

1: Cooking is less painful when planned and shopped for in advance. (See more details here).

2: Parenting a teenager is very different to parenting a toddler. Toddlers can do your head in, but they're easily distracted by bubbles or twigs or Milky Way stars and they sleep for half their lives anyway, leaving much respite time to drink wine and watch trashy TV. Teenagers have far more clever arguments at their disposal and are unbelievably stubborn and less prone to the allure of twigs. And they need less sleep - even if you give them wine. Teenagers can also make a parent behave like a toddler, which is annoying.

3: If you like things clean and organised and share a home with other people who are old enough to make things clean and organised but don't, just ask them. Then ask them again. And again. (thanking them in between times when stuff gets done). They are not ignoring the mess and disorder that is so apparent to you - they just don't see it. In the same way I have a mental block in finding Bristol airport and rely on the sat nav EVERY SINGLE TIME, so it is with some people and mess. Clean up together then watch Obsessive Compulsive Cleaners and marvel at how mentally unhinged everyone else is.

4: If your evening could involve either running a bath while putting the kids to bed then soaking in it for 2 hours with a book and a cup of tea until your pulse is pounding in your head and all the hot water runs out, OR having a 5 minute shower before climbing into bed before 11pm to a strategically placed hot water bottle or the prospect of intimate relations- choose the latter. Always. Time is money, people.

5: Care must be taken while multi-tasking - or it just becomes multi failing at different things. Like cooking the meal you planned then writing this blog during the simmering phase with no timer. See? 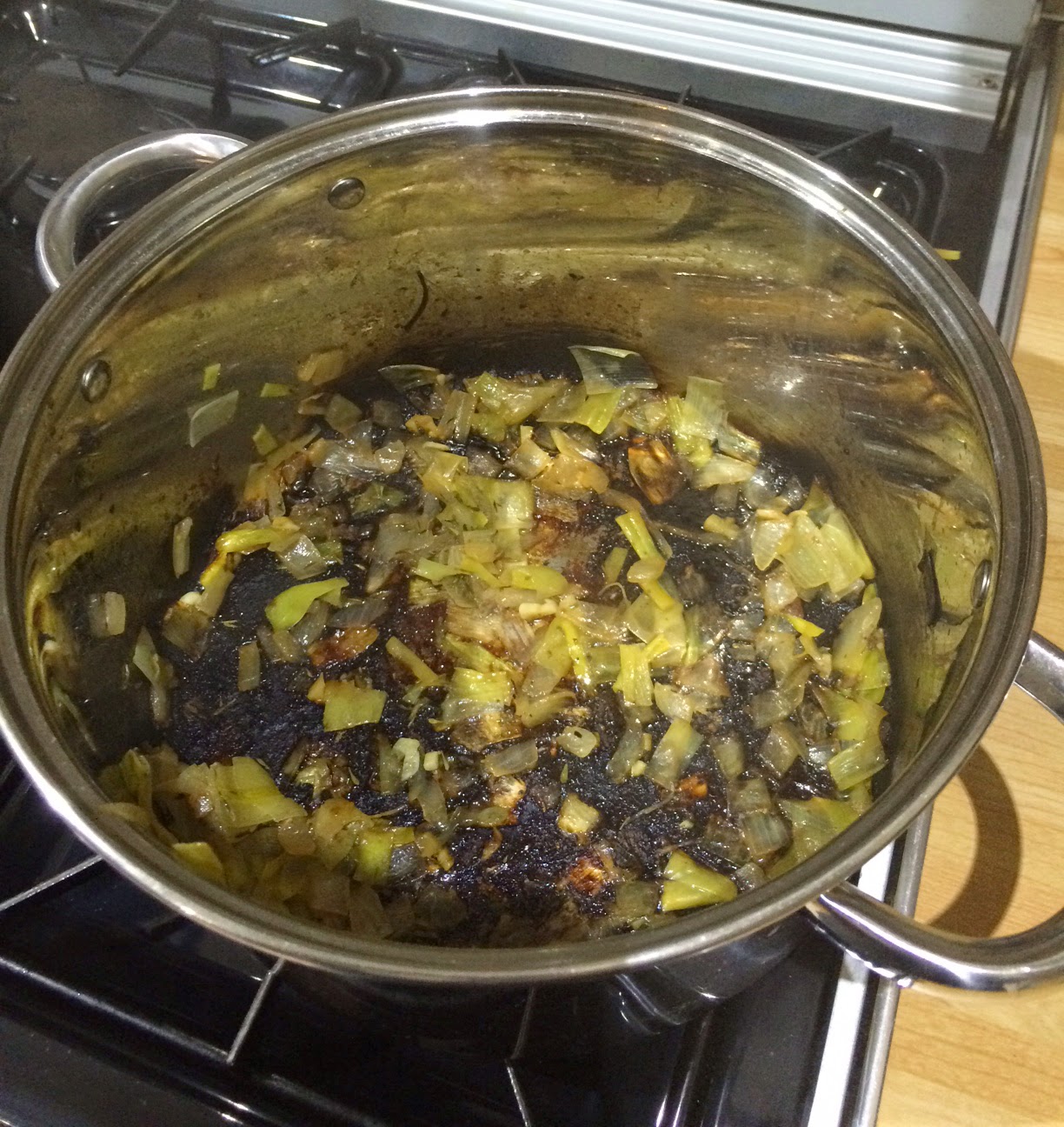 Annoying. The pan has only just recovered from the last distraction disaster.

Our burrow eez MOST marvellous place to be. All you computermabober persons are so very welcome here also. I have many thinkings in my head each day. Most of them rather uninteresting (like why Burrow be so messy AGAIN and where are fahzer's keys?) But some thinkings are bigger than theez and make muzzar's head go all whoo hoo so I type them here. For you and for me. X

They misunderestimated me (George W Bush)

That's not just pants- it's pants with poo in. (Jackson, 6)
Salvation is like being returned to factory settings. But you have to admit there is a factory, and that there could be some settings. (Milton Jones)
If we crash, I give you full permission to eat my bottom (Jo - colleague and true friend)
I'm incredibly bendy for a short man. (Hamish, 5' 5")

Dr. Kelso: I know it was you.
Turk: [waving the plug from the pac man game around] You mean this right here? It's mine from home.
Dr. Kelso: Forty Million, Son. You have any idea how many patients I had to ignore to get that high-score? People died. (Scrubs)
God gave you existence. Don't rest till you know why. (John Piper)

EVERYbody needs somebody else. At least some of the time. People who disagree with this should try cutting their own hair. (Craig Fergusson)
God owns all the donuts (J John)
If your willy is called a penis, why isn't your bum called a poonis? (Jackson, 6)
Books may look like nothing more than words on a page, but they are actually an infinitely complex imaginotransference technology that translates odd, inky squiggles into pictures inside your head. (Jasper Fforde, The Well of Lost Plots)